On the evening of November 2, more than 160 faculty, students and staff gathered in the An Liang Center Auditorium to assist members of the Yale School of Medicine (YSM) community affected by recent riots in Iran. This event was sponsored by the YSM Diversity Champions Advisory Council.

As people found their place, many lined the walls of the auditorium and watched the song’s music video. Balaye—Widely described as the anthem of recent protests in Iran and around the world, it played on the screen in front of the room. As Iranian musician Shervin Hajipour sang the lyrics, the tweet appeared on the screen with an English translation and then disappeared.

“For my sister, your sister, our sister…”

“In order not to stop crying…”

“For the students and their future…”

“Free your life for women.”

“Thank you for embodying what community is,” Lattimore said. “There will be tears, there will be anger. We are here to support each other.”

This is about basic human rights

Susan Kashaf, MD, MPH, Academic Advisor for the Office of Student Affairs, was the event organizer and speaker. “We are here with you to raise awareness, build community, stand in solidarity with each other and with those who risk their lives for their basic human rights,” she said. . 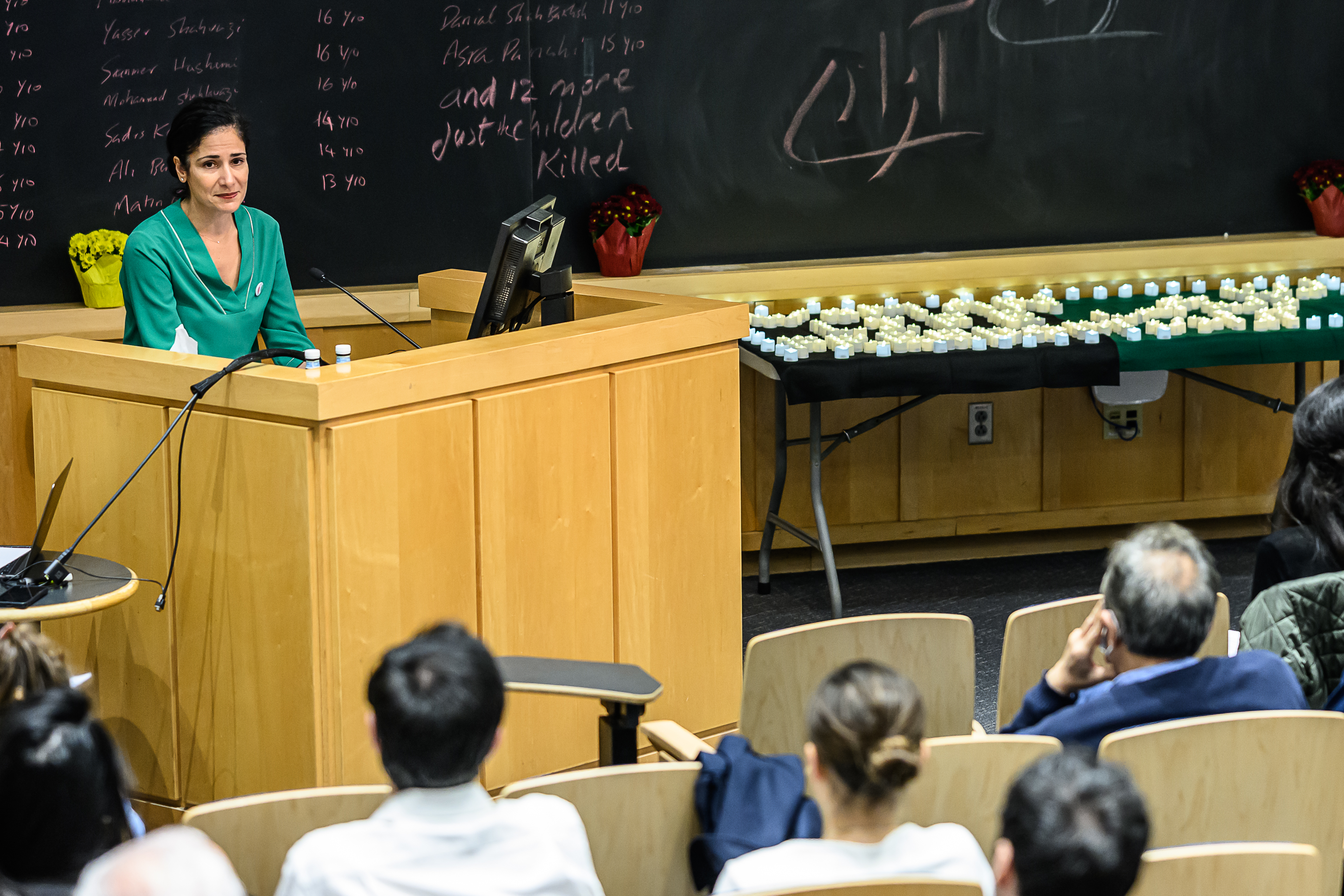 Kashaf was joined by several other speakers, including an Iranian-American woman from the YSM community who has made connections to support each other over the past month. Some came from Iran decades ago, others have only been here a few months. Each woman shared stories from both her personal experiences and from her family and friends currently in Iran.

Anahita Rabiee, MD, a liver transplant specialist who left Iran nine years ago, said the current protests were sparked by the arrest, beating and death of Jina-Mahsa Amini, a 22-year-old Kurdish woman. I started by reminding myself that Guidance Patrol, by Islamic Religious Police. 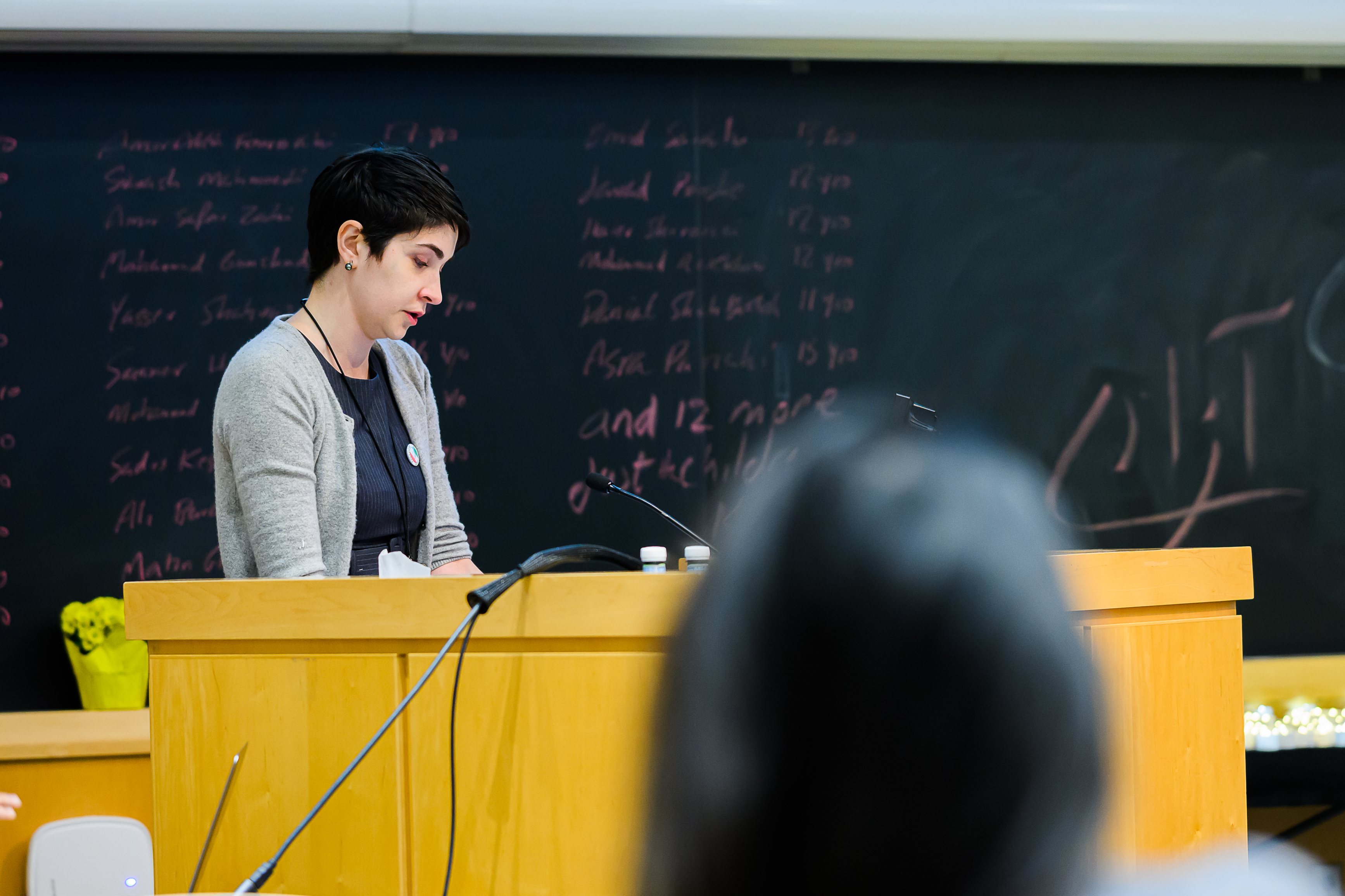 “This could have happened to any of us girls here today, many of whom have been arrested or summoned multiple times by moral police for improper hijabs,” he said. Rabiee said. “The death of this innocent soul was the birth of the revolution we are now in. It did not happen overnight, but after a century of oppression, a hundred years of struggle for freedom. has been sacrificed, so many dreams have been shattered, so many families have been torn apart, so many voices have been silenced.This battle is not about the hijab or religion, it is about women, life and freedom.”

Colleges and Children Under Attack

Laya Jalilian-Khave, MD, a postdoctoral fellow in psychiatry, was an Iranian physician. She left the country just two months ago. “Universities are under attack. With live ammunition. With a few months of timing difference, we could have been those students. ‘ she said. She then described the frustration of Iranians having to explain the horror of the ongoing events and asked the audience to imagine if their university was under attack by the police or military. .

Jalilian-Khave started sharing the story of Asraa, a 15-year-old girl from Iran. Asraa was forced with her classmates to hold a protest against her movement against her will. She resisted, was brutally beaten, and later died of internal bleeding.

“This is not about politics, it’s not about dissent. It’s about the crime of child murder,” Jalilien Kave said. “This is about non-negotiables – a child’s right to life. As I stand here today, humanitarian organizations have reported the murder of 37 of his children.[come] higher. “

Mina Ansari, M.D., M.P.H., postdoctoral fellow in psychiatry and former Iranian physician, left Iran five months ago. She shared a story from a close friend of hers who is also her doctor.

“We were not even supposed to treat those injured during the protests. We did not directly interfere with the outcome or our responsibilities as doctors. We will be checking X-rays and gathering information on those who have been shot, some arrested before being discharged from the hospital,” Ansari read. 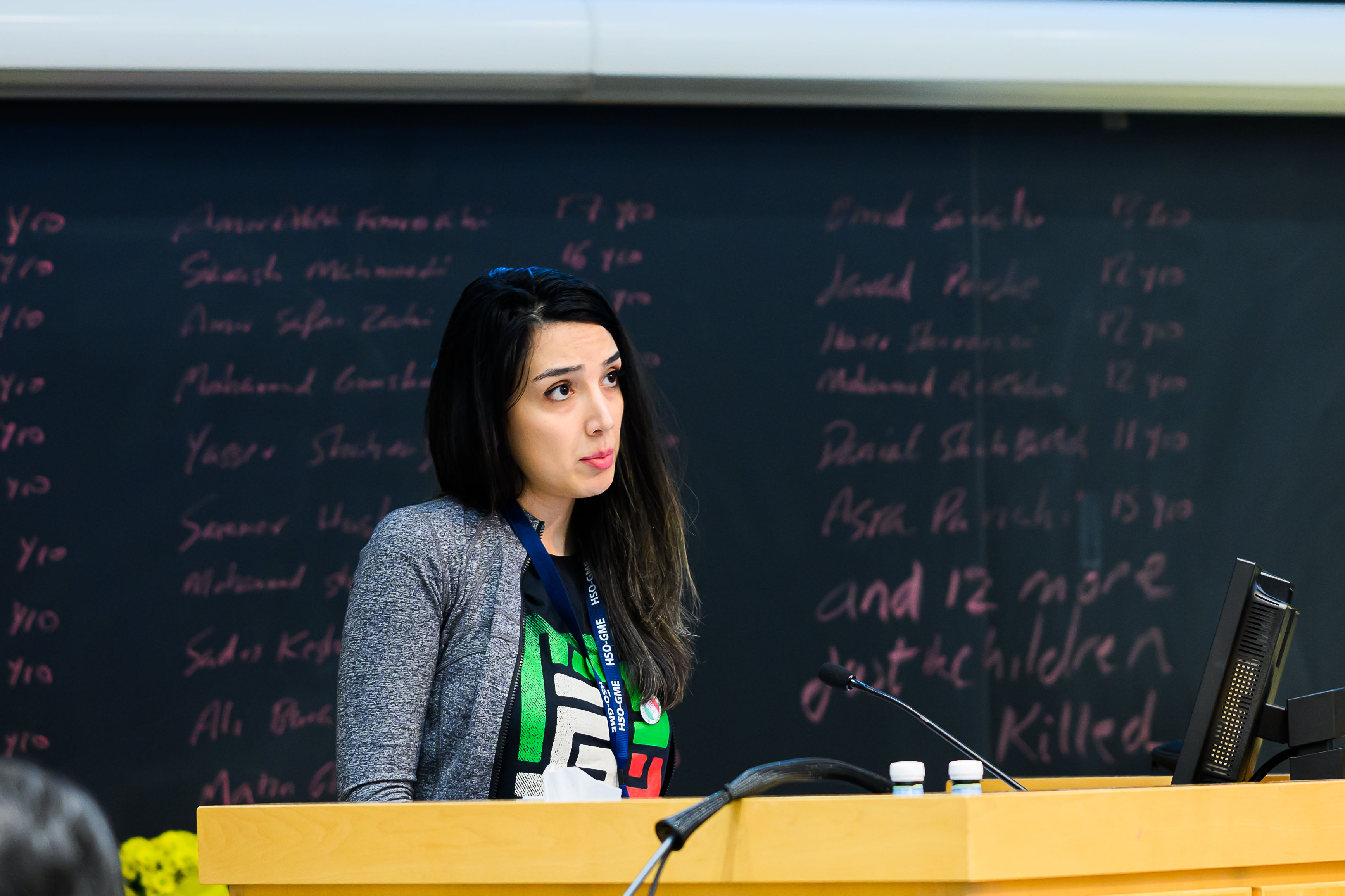 She went on to tell how friends and colleagues decided to defy police tactics in front of the clinic because they thought it was safe. As they tried to get to the route, police guards chased them and opened fire.

“I thought, ‘This is the end, I’ll either die here or be arrested.’ At this time, I heard an old lady shout, ‘Come over here!’ And take refuge in my apartment! So we threw ourselves into the apartment without a second thought. A minute later, all I could hear was the sound of them banging on the door. We ran into the garage and tried to hide behind the car. I gasped and couldn’t stop crying. Tears of anger and hatred. All I felt in that cold, gloomy garage was anger. My anger grew every second and was much stronger than when I started.

Speakers also shared stories of hope, courage and pride. Images of women leading the way and men fighting alongside them, images of people from all over the world taking to the streets to show their support. A video by young Swiss artist Cee Roo shows what is happening in Iran today is a universal struggle for many women around the world.

Narges Afragi, M.D., M.P.H., Resident in Internal Medicine, left Iran four years ago. She spoke of her hopes and her dreams for the future of her native country.

“People dream of living and dying with dignity. They are calling loud and clear for a government where no one dares to imprison, torture and murder journalists, academics and students. […] Basically, anyone is guilty of speaking or writing about human rights,” she said. “Dream, I am amazed by the brave women and men who scream my dreams. I hope the world listens and respects their dreams.” 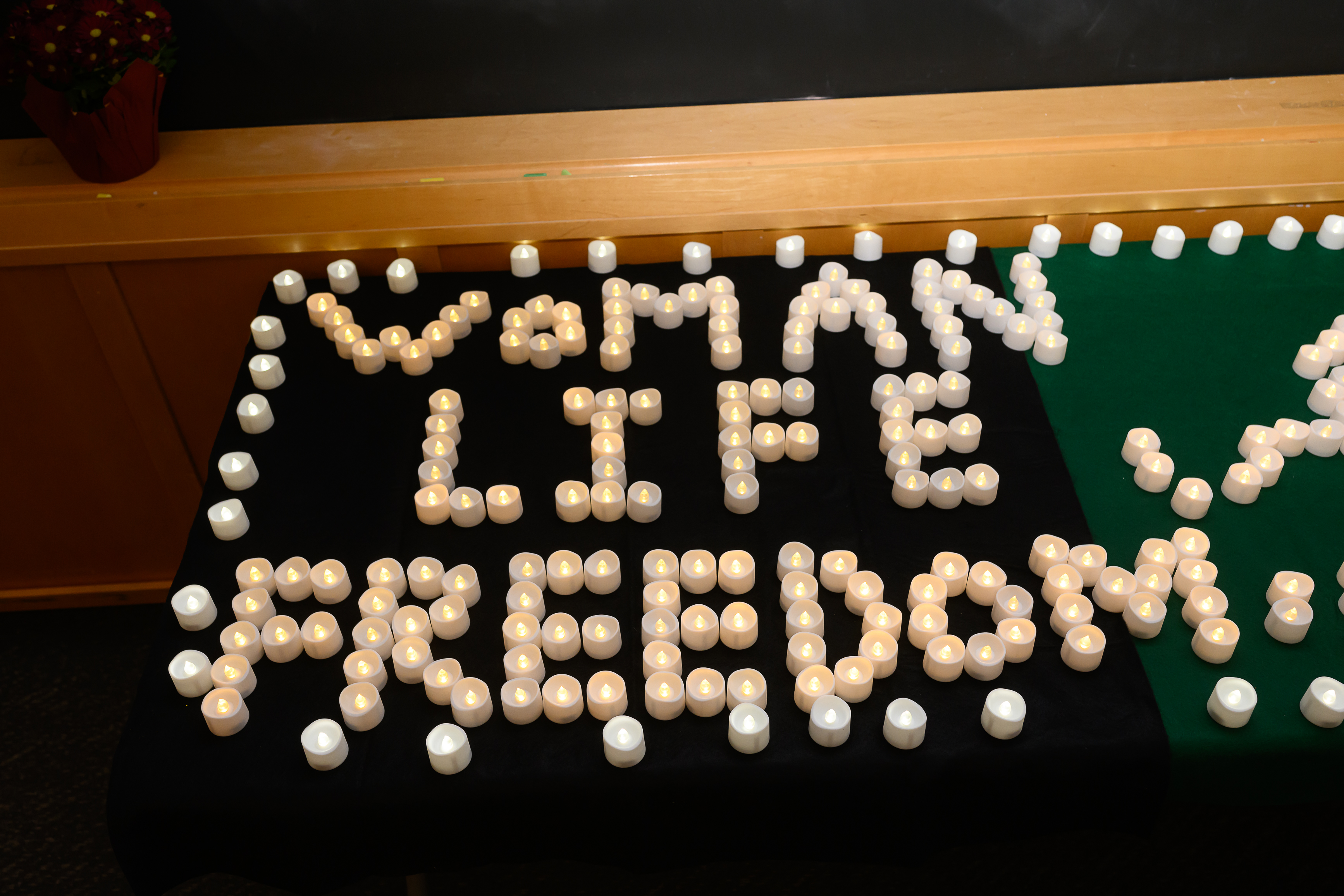