The season of “Christmas” has arrived.

Kris Jenner’s daughters dressed up as the beloved matriarch to celebrate her 67th birthday on Friday night.

Kendall Jenner apparently didn’t attend – probably because it was also her birthday weekend.

While photographing her reflection in the mirror, the Skims founder showed off a black pixie-cut wig that resembled her mother’s signature hairstyle.

She wore a teal sequined dress that Chris had previously worn for a family Christmas card.

The “Kardashians” star then posted another clip, a throwback video of Chris wearing the same outfit and lip-syncing to “Lady Marmalade.”

In an older post, Mom wore a platinum blonde hairstyle, leaned on the couch, and casually held a martini glass.

Courtney chose to dress up as her mother’s character in Ariana Grande’s “Thank You Next” video.

The Poosh founder, 43, got a pink jumpsuit almost identical to the one Chris wore in the music video where he dressed as Regina George’s mother in “Mean Girls.”

To close out the festival, Kylie opted for an ’80s Chris throwback look.

The CEO of Kylie Cosmetics, 25, wore a long black sequined dress and topped off with a bright red lip.

Chris appeared in several videos of her party on Friday, laughing with friends at a large dinner table.

The reality star was also seen surrounded by a group of peers cheering her on as she sang along to karaoke at one point in the night.

Chris seemed to be enjoying her party a lot. 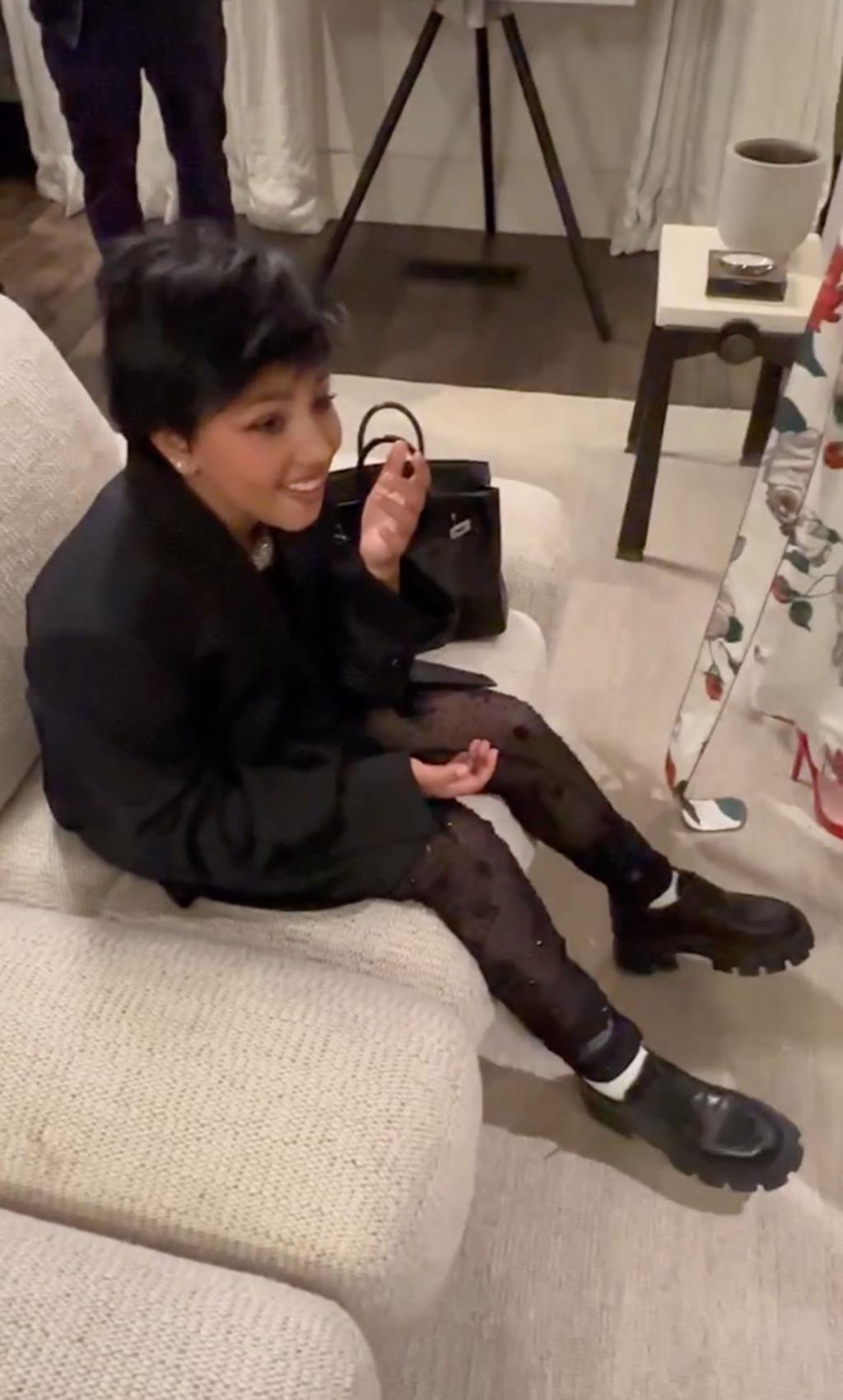 Kim’s daughter North West was also seen becoming a character in this theme.

On Saturday morning, Kim reflected on all the fun they had together.

“Happy Birthday Mom @krisjenner,” the mother of four captioned a slideshow of black-and-white photos on Instagram.

“I had so much fun celebrating you last night and I loved feeling what it was like to be a version of you dressed up like you. It’s you!